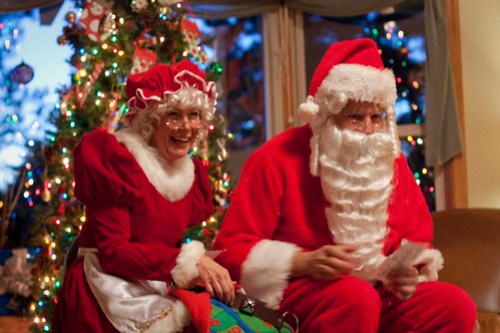 I am so proud of myself! I just realized that I had remembered to “lock” some photos to my camera before I downloaded and deleted the memory card in Colorado! I had transferred them to an SD card, but they weren’t there when I got home. Luckily, copies are still on my father-in-law’s computer, and he will send me a CD. Until then, I still have some of my favorites! 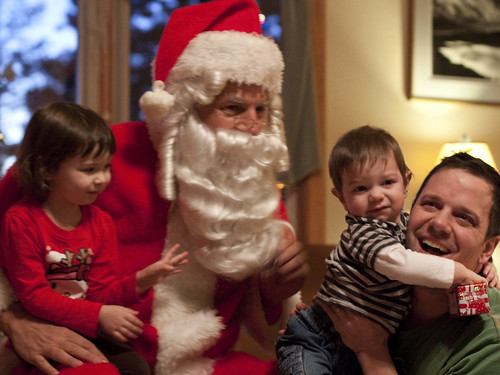 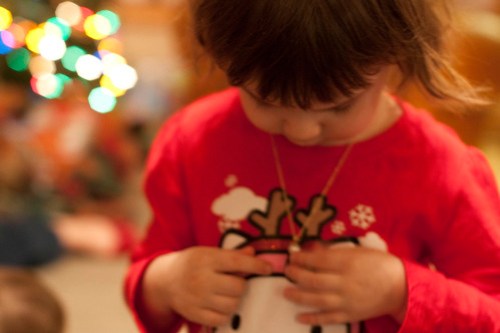 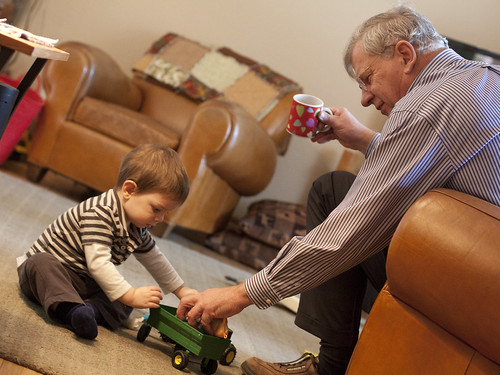 I often think how Chloe and Leo have no idea how lucky they are. After all, Santa and Mrs. Claus have come to visit them at their grandparent’s house for two years in a row. Can you imagine?! You can see Chloe’s expression when they came to the door here (if there is a next time, I’ll have to get it on video!). Leo, naturally, wasn’t quite as enthusiastic. However, it was great fun, and that night we had an amazing Osso Bucco dinner made by Grandma Sandy. And, as if on cue, we were surprised by the biggest group of neighborhood carolers I have ever seen later that night! 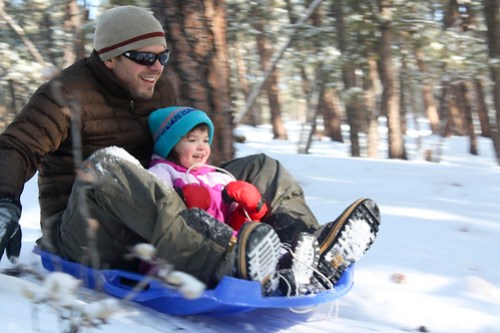 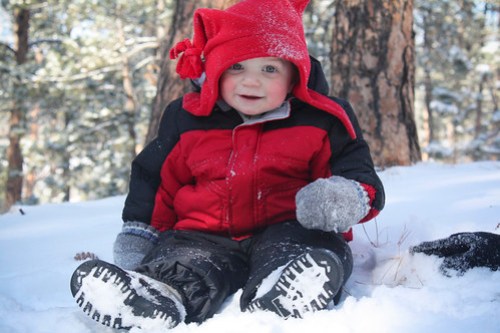 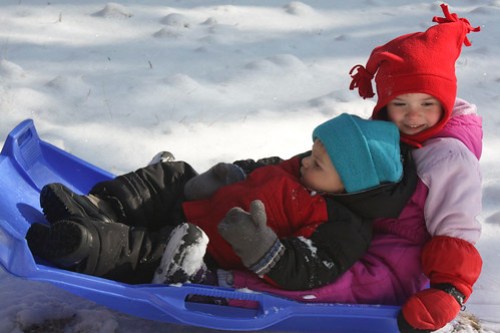 We also did some other fun “firsts” during our week in Colorado, including attending the children’s Christmas mass at the local Catholic church, had a very exciting visit to the North Pole Santa’s Workshop, a storybook-like theme park not far from Colorado Springs, AND went on our very first horse-drawn sleigh ride! Wow! It was crazy to get to play in the snow and go sledding one day and then turn around and hop a flight to Cancun the next. 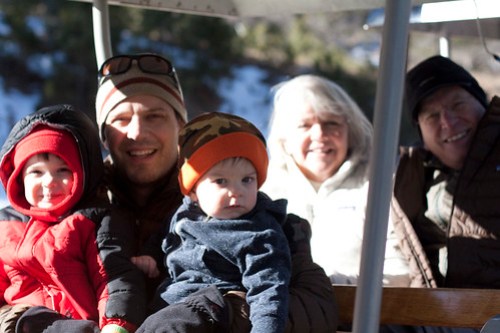 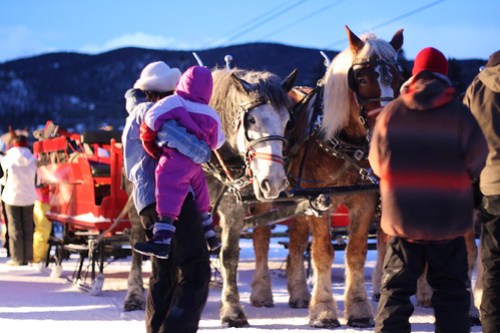 It is tempting to think the rest of this year will be very boring in comparison, but somehow, I don’t think so… 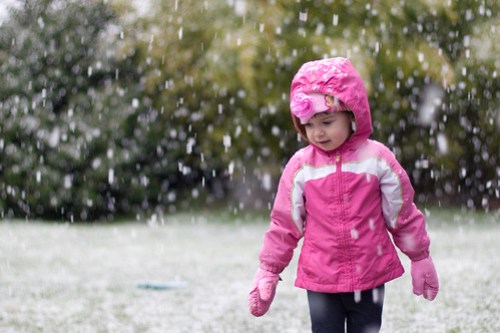 Nothing like the first snow of winter! It rarely snows here in Portland, so when it does it feels extra special. Even though we were running late this morning with Chloe due at gymnastics, I couldn’t say no when she asked to go outside to play. This was also Leo’s first real experience with snow. Last December he was only 6 months old! Now he is running around and checking out the substance called “snow” like a budding scientist. And I’m glad they got the chance, because when we were done with gymnastics all the snow had gone as quickly as it had come. 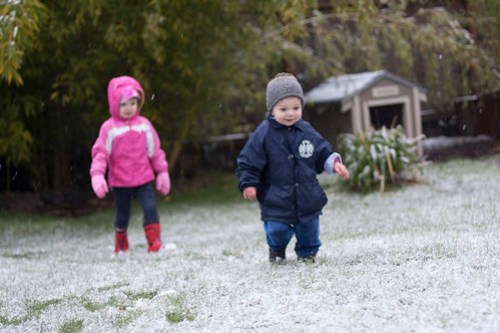 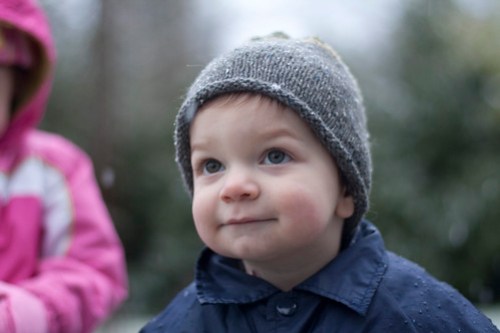 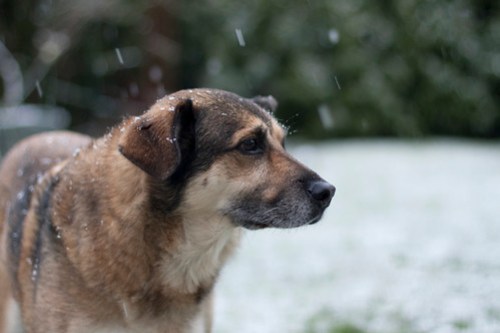 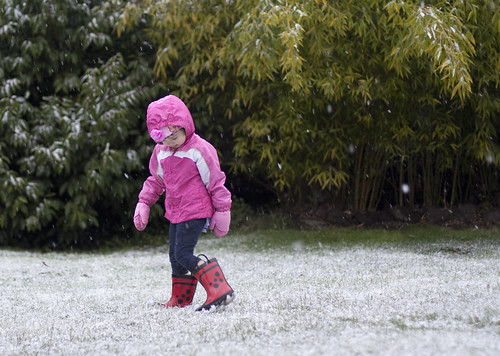 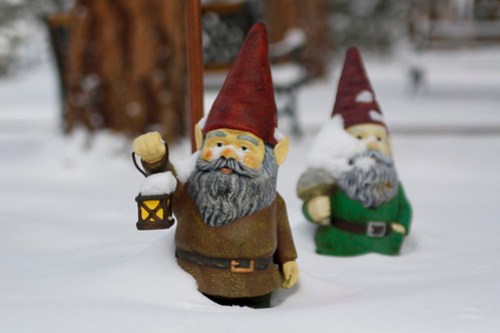 Although I lamented that our Colorado visit would include no snow, it finally did snow the day before we left. It was perfect: cold, soft, white, and a special experience for Chloe that she will rarely ever get in our part of Oregon. She had a great time, especially being pulled on her first sled ride. Despite freezing fingers and a rudolph-like red nose, she hardly seemed bothered by the falling temperature. I had to go in and warm up long before she did (plus my camera was getting soaked). Chloe was just having too much fun. 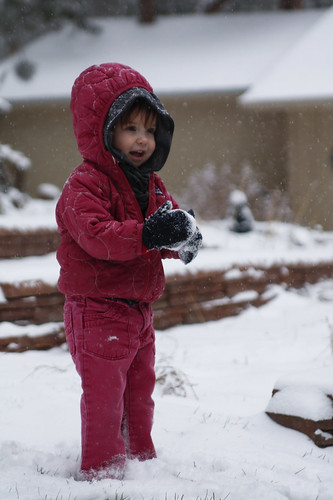 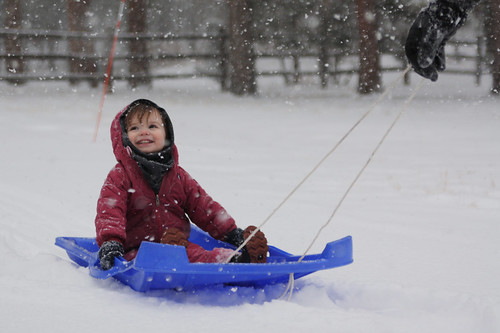 And here is the one glimpse I saw of the wood-pile rabbit. What a cutie! 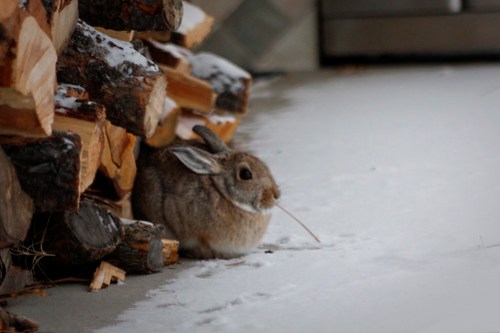 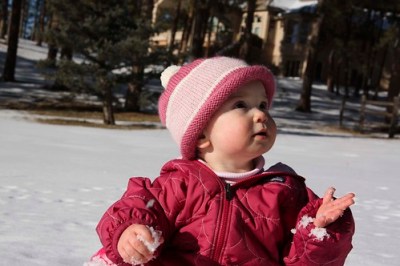 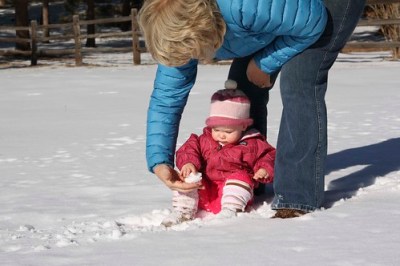 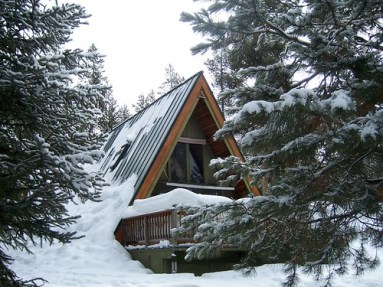 A view of the cabin from the back, almost buried in the snow.

This past Friday Alex called about the four of us and the dogs spending the 3-day weekend away somewhere. We agreed it would be fun to go somewhere new, but not spend all day in the car. We settled on the Waldo/Crescent/Odell lake area east of Eugene, about a 3.5 hour drive southeast of Portland. A place where we’d find lots of snow for snowshoeing. Not surprisingly, most of the lodges and cabins in the area were already booked. Luckily Alex found a private home listed on craigslist that was still available. So that’s where we went.

The home was a charming A-frame cabin on a secluded 3.5 acre lot, not far from the national forest. Although poorly furnished (with not a shred of toilet paper to be found), it was comfortable and cheerily warmed with a sturdy wood stove. Actually, the place had loads of potential, and I couldn’t help wondering why the owners didn’t put any effort into making it a little better. A set of decent hooks for hanging wet coats or towels and a matching set of dining chairs could have made a big difference (but I’m just picky). When we arrived there wasn’t a track to be found, and in some spots the dogs would sink in up to their bodies. Part of the fun was just watching them bound in and out of the drifts. 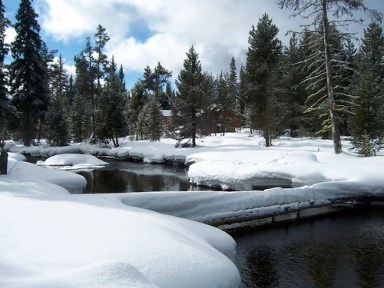 Crescent Creek, right in the backyard. 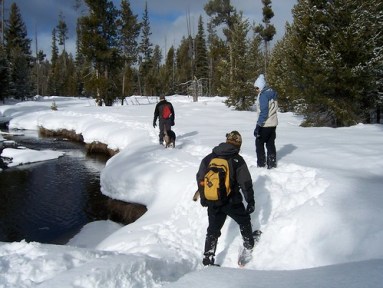 A little snowshoeing adventure along the creek. We made those tracks ourselves. 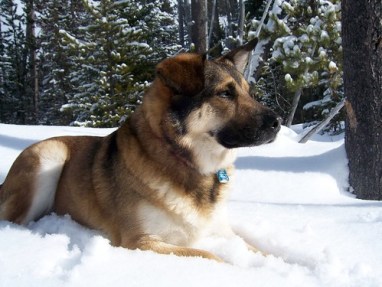 Barkley taking a much needed break from all the excitement.

Overall, it was so nice to get away. And I’m again reminded how lucky we are to have such good friends. With Marcy and Alex’s baby boy on the way (see this pic), it likely won’t be so easy to just pick up and go, as we’ve done in the past. But it will be interesting, too, to see what kind of new adventures will come into play, and all that the future will bring. 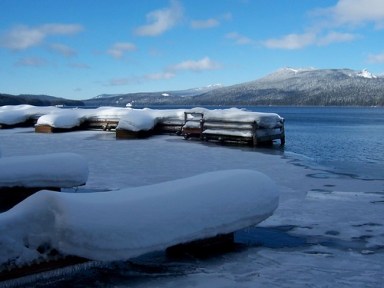 A brief stop at Odell Lake, on our way back to Portland.

More pics from this weekend can be found here on my flickr page.