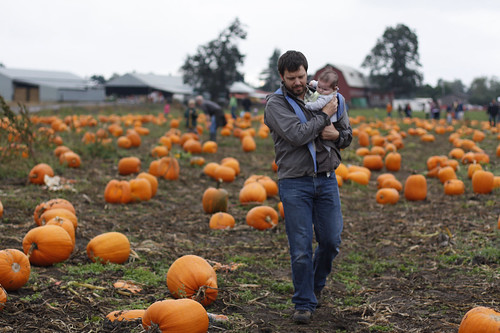 Why does it seem like these fall weeks are flying by? This weekend David and I took the kids out mushroom hunting. David carried Chloe in the Kelty and I carried Leo in the Moby, since the areas we explore are densely wooded, steep and overgrown. Afterward, I was exhausted and sore in a way I couldn’t believe. Our haul was lighter than usual, mostly because it is slow going with two kids, but honestly, I think there are more people out mushroom hunting this year than I have ever seen before. David went back the next day by himself, and found plenty more, so we’ll still be set for the year no matter what.

I didn’t bring my camera mushroom hunting, but I did bring it to The Pumpkin Patch last weekend. I love this ritual of fall. We told Chloe she could pick any pumpkin that she wanted (and I was willing to stand by this, no matter what she happened to choose), but in the end she didn’t want one from the patch, but instead asked for a “baby” miniature pumpkin she had seen back at the farm store. I should have known. 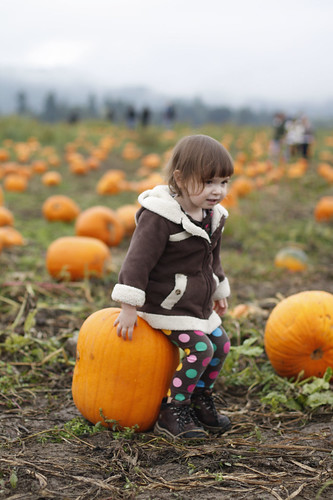 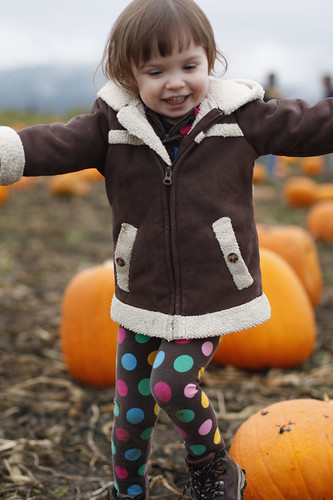 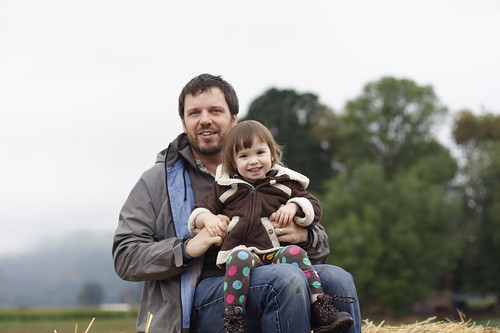 And, just as he did the last time we were there, David spotted a little green frog, even tinier than the one before. He managed to catch him twice, so I could get this photo. 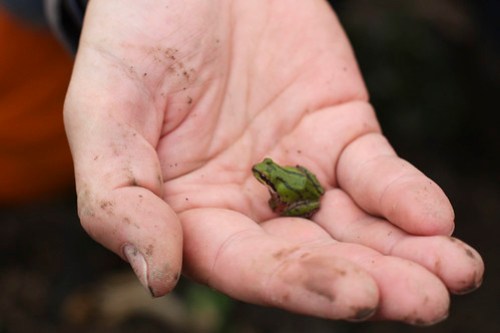