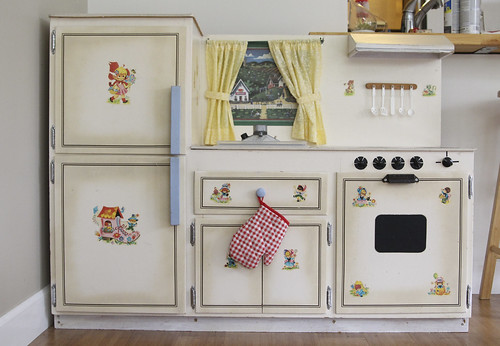 I’ve mentioned the kids’ play kitchen many times here on the blog. Because of that I thought I’d post some photos ofÂ  this special “toy” that’s provided countless hours of play and learning, and also as a record for my kids to look back on someday. 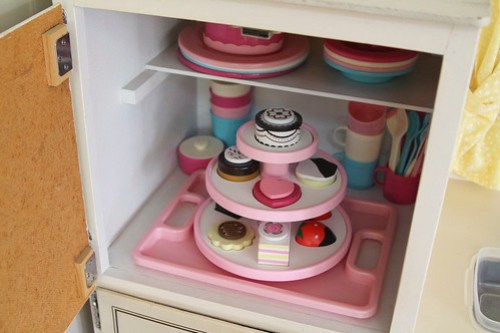 Plenty of room for storage, which makes clean up easy (though never organized like this). 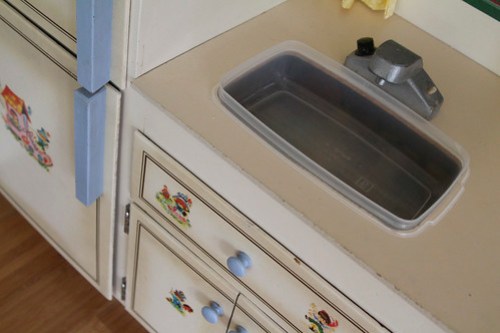 The “sink” is cleverly made with a tupperware style plastic container

First of all, the play kitchen was a gift from David’s parents. I believe they had seen it at a colleague’s home and offered to buy it. Eventually it became theirs, and then later they drove it all the way out here (to Portland) from Colorado on the back of their pick-up. I don’t know much else about it, but even before it became ours, it looked very well-loved, yet still sturdy. It has a handmade quality to it, but may have been put together from a kit, for all I know. The previous owners passed down several pieces of play food and dinnerware. More pieces were added later, mostly as gifts (like that Melissa & Doug Sweet Treat Tower

puzzle that the kids got for Easter, in lieu of candy). Once, after cleaning it all up for the umpteenth time, I decided to put half of it away, mostly the mis-matched odds and ends. They still played with it just as much. 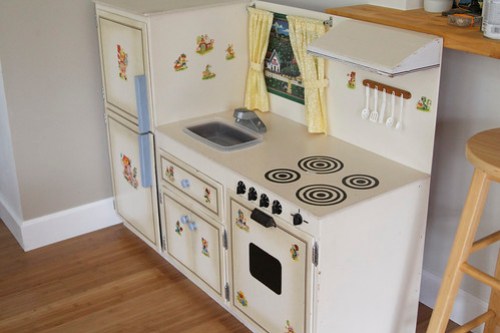 Side view. It sits between the kitchen and the dining area. 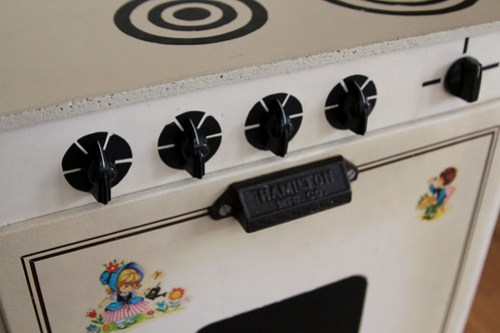 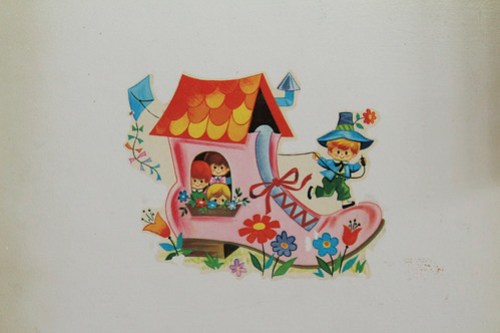 There are decals all over depicting scenes from nursery rhymes. This one is “There was an old woman who lived in a shoe…”

To be completely honest, I remember David and I hesitating when we first saw it. It isn’t really how we see our “style,” and takes up a chunk of space. However, I admit that its play value has completely exceeded our expectations. I am so grateful now to my in-laws foresight. I have grown to love it as much as the kids, and now see it as charming and important part of their history, to be cherished and remembered.