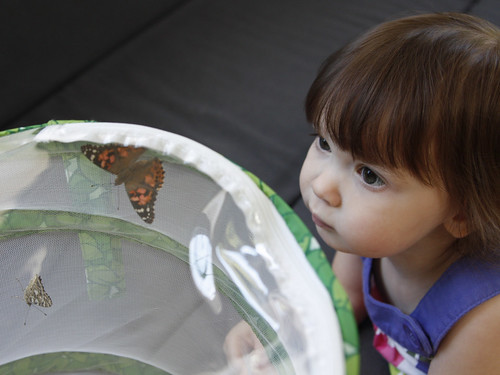 I hope you had a nice weekend! Ours was pretty relaxing. I think the most effort I put into anything this weekend was dyeing my hair. I had to fix a botched lightening job from a few weeks ago that I did without David here to help me with the kids. Big mistake. It turned out patchy and strangely reddish. If I had done my research, too, I would have realized that they discontinued that line of products. Last night I dyed it back to my normal color. Much better. Makes me wonder why I wanted to lighten it in the first place. 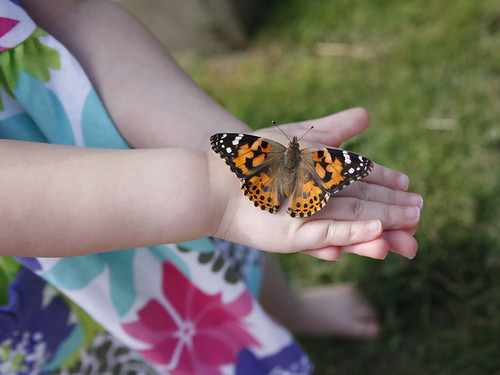 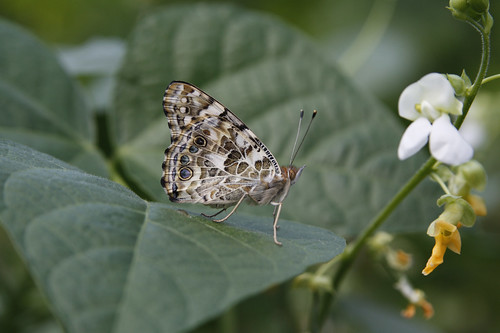 When we woke up Saturday morning, we noticed two of our Painted Lady Butterflies had emerged from their chrysalides. Two more emerged this morning. It is nice to see Chloe curious about them, since she is NOT into bugs. Sometimes she’ll be playing outside and I’ll hear a blood-curdling scream because she saw a bee or some such insect get too close without warning. She usually shies away from butterflies, too, since their flight pattern is so drunken-looking and unpredictable. We released them this morning, and Chloe did great. Now we are just waiting for the remaining one to hatch.

Otherwise, besides getting groceries, and taking Chloe swimming, David and Chloe spent most of both weekend days playing Legos. Leo watched them from his play pad for a while. Will he like Legos as much as his father and sister?
Only time will tell, but as a mama, I’m not looking forward to keeping all those little pieces out of his reach, and out of his mouth!