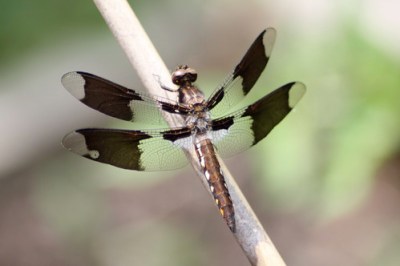 I have been zombie mama for the past week. We finally made the big decision to transition Chloe’s crib out of our room and into her room. After hearing other mamas say how their babies sleep (almost) through the night, I figured some change was in order. Chloe’s longest night-time sleep cycle averaged between 2-3 hours. This means for the past 6 months I have not had more than a few hours of sleep at a time. Miraculously, I have been able to function okay, but I felt almost perpetually tired, like life was just a bit gray and hazy around the edges.

We made the switch last Thursday after I re-read some helpful email advice and talked to other moms. Our routine had been to occasionally put Chloe down in her crib in our room, then bring her into bed to nurse back to sleep when she first woke up. Honestly, both David and I were fine with this arrangement, but I began to feel that our bed was too small for all three of us. I wanted more room to stretch out and not worry about jostling or waking her. If we had a king-size bed, I probably would have continued what we were doing. It was just so convenient, not to mention cozy. But she is 6 months old and I figured I’d best do it now, while she is flexible, than later when it would be harder.

Anyway, the first 5 nights were hell. More crying and sadness, more wakings. I told myself at the beginning that I would commit to this for at least a week and then re-evaluate if necessary. Turns out, on night 6, she slept a record 6+ hours! I would have been singing hallelujahs if it wasn’t for Barkley, who for some inexplicable reason woke me up at 4:30am to go out. I might not have forgiven him, except that Chloe did it again the next night! On those two nights I simply laid her in bed around 9pm after our new night-time routine (nursing, bath-time with Dad, and then reading a couple books) and she would fall asleep quietly after a few minutes. Both nights she woke up at 11pm, to be nursed and put back in her crib before settling in for her long stretch. It was a miracle.

Then there was last night. Because we weren’t able to keep to our successful routine and timing, she reverted back to her original short sleep cycles. Not fun. But at least now we know what works, and that longer sleep is possible. And that is a wonderful, wonderful thing.