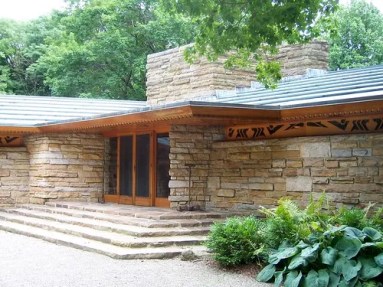 Last week, while visiting my family on the east coast, I spent two lovely days in the Laural Highlands of Pennsylvania. My main goal was a visit to Fallingwater, but while perusing its website I found that there was another Frank Lloyd Wright home in the area, called Kentuck Knob.

Kentuck Knob, otherwise known as the I.N. Hagan House, is a Frank Lloyd Wright designed deluxe Usonian home. It was completed in 1956 and is located about 7 miles from the Kaufmann’s Fallingwater. The Hagans, who were friends of the Kaufmanns, asked then 86 year-old Wright to design their full-time residence on 80 acres of property which included the summit of Kentuck Knob. It is constructed of tidewater red cypress, local sandstone, glass, and topped with a copper roof. The Hagans lived here for 30 years, until 1986, when they sold the property to Lord Peter Palumbo of London, England, who still owns it today. It was opened to the public in 1996.

Photos from the front 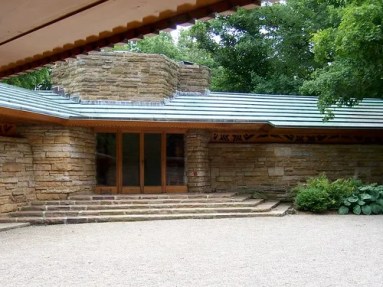 View of the main entrance, from underneath the carport 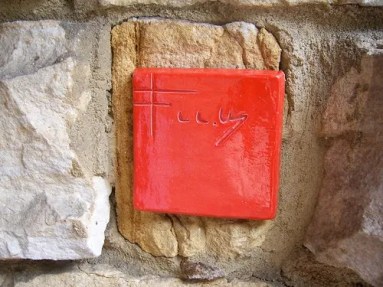 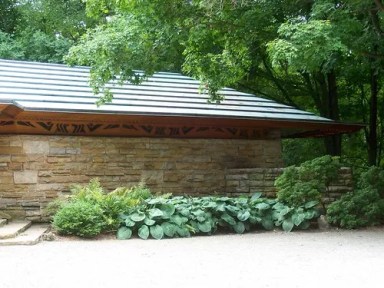 Left of the entrance – window cutouts and overhang view 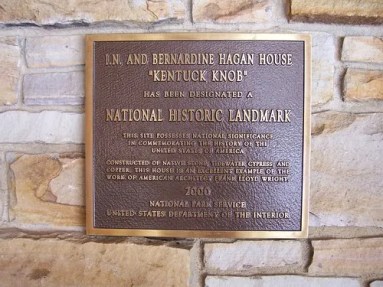 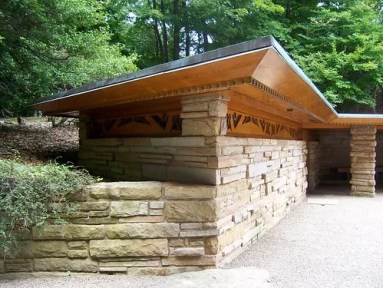 Storage area attached to the carport, opposite of main entrance 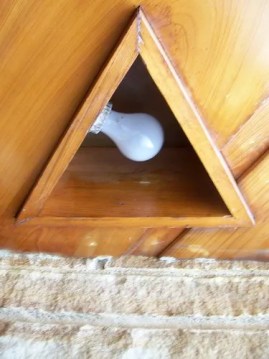 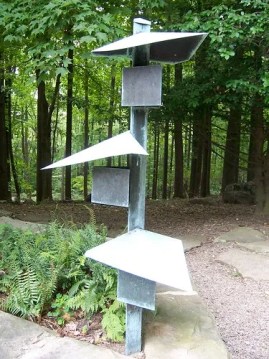 Photos from the back 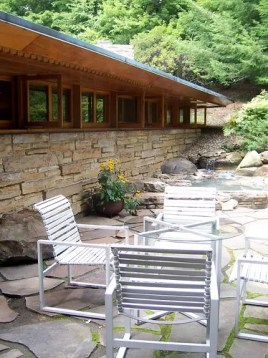 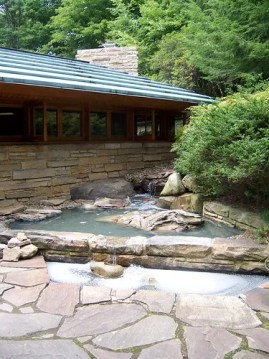 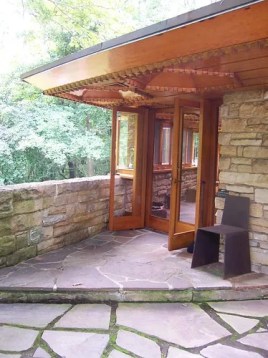 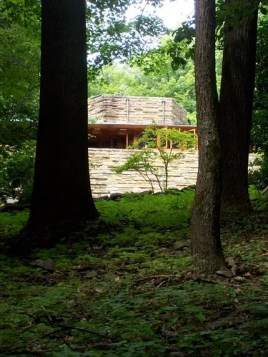 View of the back of the house, through the trees 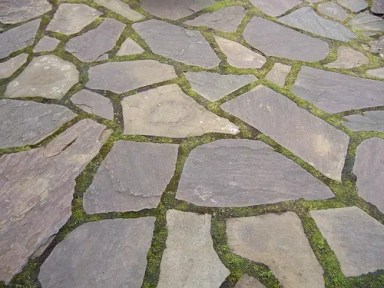 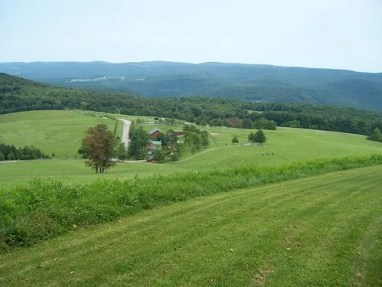 View from the scenic overlook, near the house

I made reservations to Kentuck Knob for our first day. I knew pretty much nothing about it (unlike Fallingwater), and despite its smaller size I knew it was an opportunity not to be missed. It’s no surprise that it turned out to be a lovely home, thoughtfully designed and in perfect harmony with its surrounding. It’s shape and materials are somewhat discreet, but the scalloped edging, artful window cutouts and the unique hexagon openings over the rear terrace give it an abundance of charming character.

Photos from the grounds (sculpture garden and other curiosities) 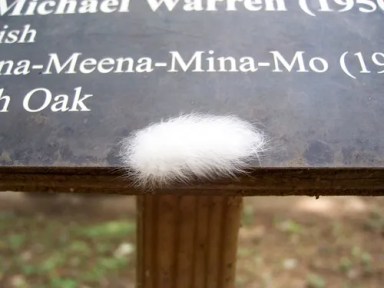 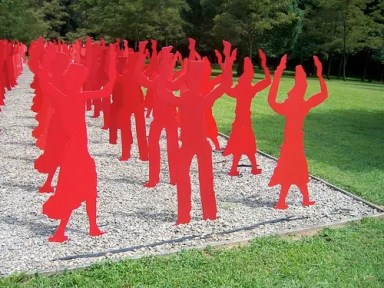 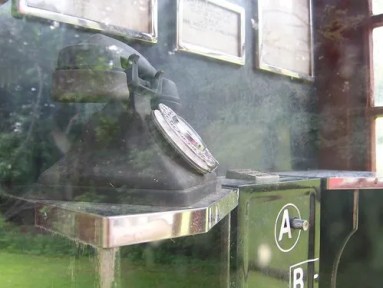 Sculpture (detail): Inside of an old fashioned British phone booth 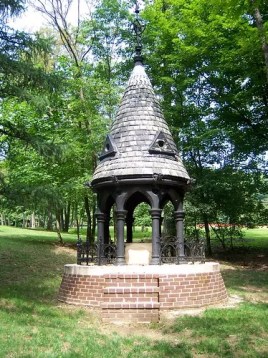 According to a nearby plaque, the finial above was the upperemost element of a building known as Number One, Poultry in the heart of the city of London. It was designed by Victorian Architect John Belcher Jr. in the Venetian-Gothic Style. Apparently the building was replaced in 1998 and the finial was shipped to the United States, first for the grounds of the Farnsworth House (designed by Professor Ludwig Mies van der Rohe in Plano, Illinois), but eventually transported to Kentuck Knob in 2003. 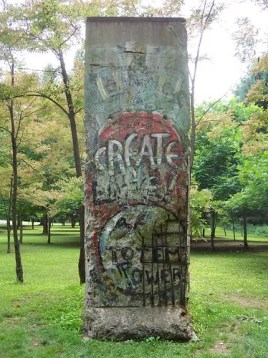 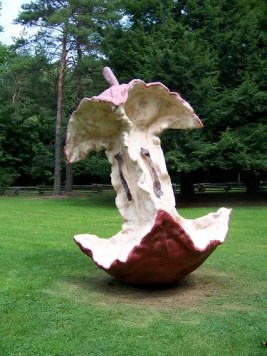 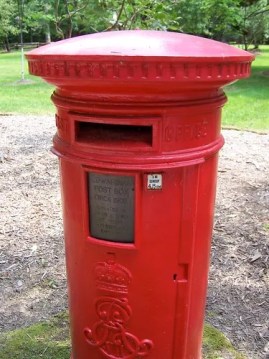